Elaine & Gordon Rondeau were both born and raised in Massachusetts, where they graduated from the University of Massachusetts(UMASS).

Elaine has a Bachelor of Science Degree in Natural Sciences from UMASS and a Masters Degree in Political Science and International Relations from the University of Southern California. She has been a professional community development youth specialist, serving as a State Extension Agent in Massachusetts and as a Program Specialist at the USAID desk of the U.S. Department of Agriculture. She was also employed as a Real Estate Agent in Georgia, having retired in 1999 after a career of 20 years in the field.

Gordon has a Bachelor of Science Degree from UMASS. He has worked for the General Electric Company and IBM, where he retired in 1993 after 29 years of service. He is now employed as an independent consultant in the field of computers and telecommunications.

The Rondeaus have been happily married since 1961 during which time they had the great pleasure of raising two wonderful children, Lisa and Renee. Their lives have included much travel and living experience abroad(Europe, Japan, Africa and South America) and they have learned to speak a number of languages.

They have also been community activists throughout their married life: they served as Peace Corps Volunteers in Nigeria, worked as coordinators for domestic chapters of both Common Cause and Amnesty International. Gordon has served as an officer and board member of the Urban Training Organization of Atlanta(UTOA) and the Midnight Basketball League of Atlanta(MBLA). Elaine has served in the home-bound instructional programs for disadvantaged youth in the Washington, DC area and has taught English as a second language both here in the U.S. and in Germany.

As a result of the murder of their daughter Renee in 1994, the Rondeaus have formed an organization called the Renee Olubunmi Rondeau Peace Foundation to promote awareness and the need for broad-based public support in the struggle against crime and violence in America. 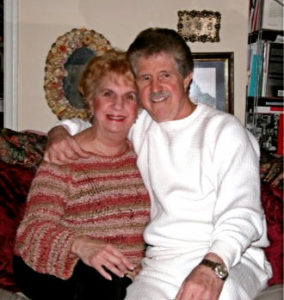